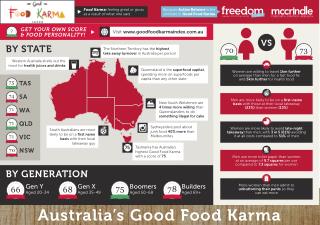 How Brands Are Embracing VR: Part 2- Travel Virtually With The Real ‘King of Good Times’ - Continuing our series,

How to make a good Infographic? - Infographics support focused data with good design to tell a shareable story in a clear

FOOD AND DRINK - Unit 6. food and drink. lesson b grammar focus. grammar : modal verbs: ‘will’, ‘would’ and

Fast food nation - . chapter 8 isai amaya tyler neville. the most dangerous job. around 5,000 cattle enter one of the

The definition of fast food:

JUNK SCULPTURE - . marcel duchamp coined the term readymade in 1915 to describe his found object art. readymade can be

Would you like to try Australian Food? - . presentation made by the students of the 9 th form. people say every nation

KARMA Presentation - . sub title. sample headline. getting started. in this template, we have included a few resources