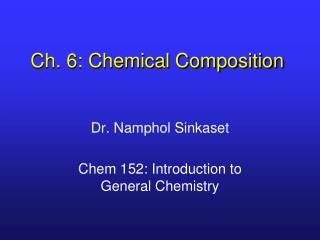 Chemical Formulas and Chemical Compounds - . chapter 7 review – answers. in a stock name such as iron(iii) sulfate, the

Composition and Shot Type - . the power and impact of camera shots and composition. the long