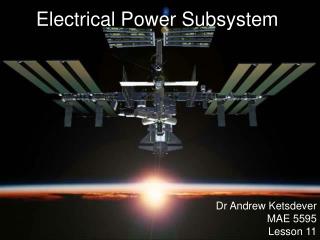 NALCOMIS SUBSYSTEM AND SECURITY - . upon completion of this course, the student will be able to: describe nalcomis

Basic Electrical Safety - .  course not designed to teach you to work on electrical equipment.  you will not be