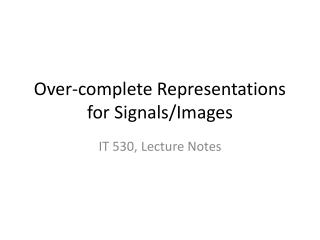 Chapter 7: Representation and Manipulation of Knowledge in Memory: Images and Propositions - . cognitive psychologists

Plant Responses to Internal and External Signals - . overview: stimuli and a stationary life. plants, being rooted to the

Neurons - . a nerve cell capable of generating and transmitting electrical signals vary in structure and properties use

Working With Images - April 21, 2005 why this workshop? to end the frustrating hours spent trying to print posters. to

6-2: Prices as Signals and Incentives - . how the price system works. more producers in a market increases supply which

Signals and Cues: Capturing information in an animal world - . lesson goals. 1) understand the difference between signals