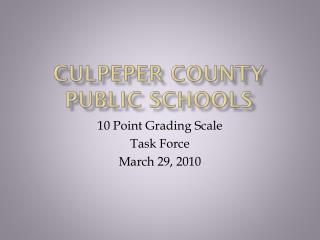 Culpeper County Public Schools. 10 Point Grading Scale Task Force March 29, 2010. Background for the Task Force. Over the past several years, inquiries have been made as to why we have our current grading scale which is a 7 point scale.