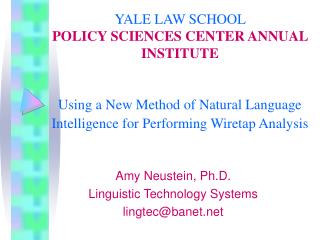 Linguistic Systems - . what is linguistics?. linguistics is defined as the science of language or the scientific study of

PROPOSED Ph.D. IN TECHNOLOGY MANAGEMENT - . school of engineering presented to: state of connecticut office of financial