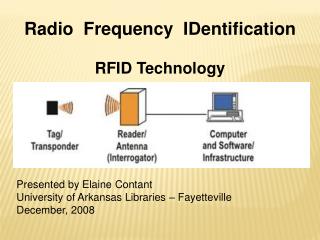 RADIO FREQUENCY IDENTIFICATION(RFID) - . features and functionality of rfid. by:- vibhu singh. what is rfid?. rfid is a

Radio Frequency Identification (RFID) - . what does an rfid tag look like?. microprocessor. radio antenna. where’s the

RFID ( Radio-frequency identification) - . presented to you by team 2. agenda. forms of usage implementation in industry