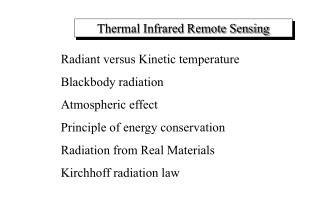 Thermal Infrared Remote Sensing - . lecture 8. thermal infrared of em spectrum. all objects have a temperature above