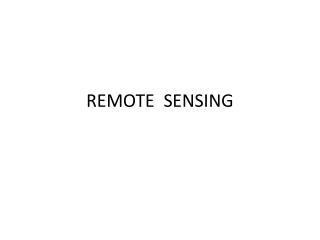 REMOTE SENSING. What is Remote Sensing?. Remote sensing is the technique of deriving information about objects on the Earth’s surface without physically coming into contact with them.  This process involves making observations using sensors (cameras, scanners, radiometer, radar etc.)