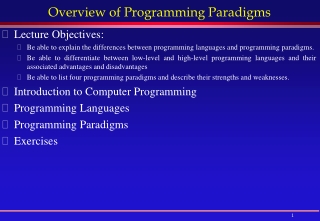 Object Oriented Programming - . a brief review of what you should know about oop. programming paradigms. what is a