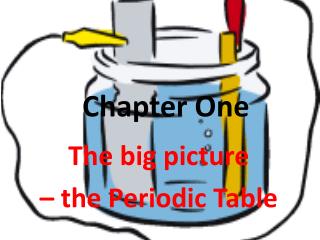 Chapter One. The big picture – the Periodic Table. Handouts and Worksheets. ‘The Chemical Investigator’ pages 5 – 11 Study On – worksheets 1 & 2 . Matter. Every material thin that you can see, smell and touch, that occupies space and has mass, is a form of matter.

Chapter One - . an overview of banks and the financial-services sector. what is a bank. in history a bank has been

AP Government Chapter One - . introducing government in america. thomas jefferson once said that there has never been,