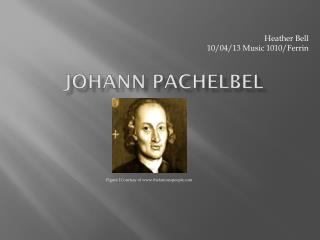 Johann Pachelbel - By: lucas bowman. johann pachelbel. where he grew up. they aren’t sure when he was born, but they do

Johann Pachelbel by Tristan Claypool - . major work. one of the most popular works of pachelbel was his canon in d. this

Johann Gutenberg - . important individuals of the renaissance. printing…. where in history have we seen printing

Johann Gutenberg - . by cheryl ellis. who was gutenberg?. borne 1398-1399 in mainz, germany grew up in a fairly wealthy

Johann Kepler - . by kenzie brooks . personal profile. date of birth: johannes kepler was born in german on the december

Johann Sebastian Bach - . j.s. bach worked at different times for nobility and the church. he never moved far from his