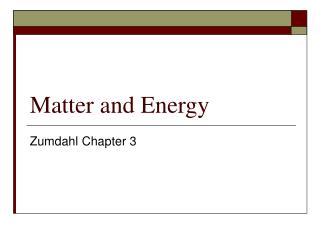 Matter and Energy. Zumdahl Chapter 3. Grand Prismatic Spring in Yellowstone National Park. Source: David Maisel/Stone/Getty Images. Why does soda fizz when you open the bottle?. Universe Classified. Matter is the part of the universe that has mass and volume What is our universe made of ? - . fire , air, water, soil !. quintessence !. dark energy dominates the universe. energy

CAPT Science Review: - . a review of studies in science a review of biology. parts of an atom. periodic table. laws of