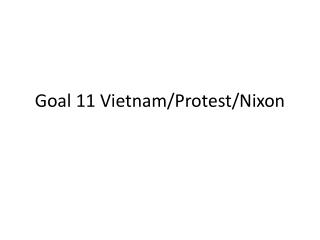 Nixon and Vietnam - . by 1969, president nixon (elected in 1968) faced a national crisis. the vietnam war had turned into

Nixon on Vietnam - . nixon’s 1968 campaign promised an end to the war: peace with honor appealed to the great “silent

The Vietnam War - . the war winds down. nixon moves to end the war . nixon appoints henry kissinger as special assistant

End of the Vietnam War - . u.s. history 11. nixon pulls out troops. peace talks began in 1968, but made little headway