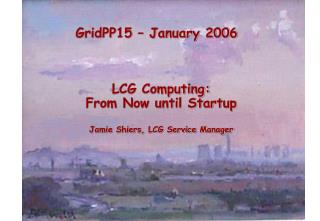 IPR in the Middle East - . january 2006. introduction. mark williamson. middle east . . . in the ipr portfolio. our

The Art of Communication - Prepared for more than manners by tracy kramer january 2006 the ability to use language, to

January 2012 - . the camp participated in the scv division prayer breakfast at the aiken co. museum on january 7 th