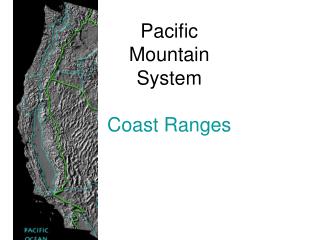 MOUNTAIN AND MOUNTAIN RANGES A. Mountain - Any part of the earth’s surface sufficiently elevated above its

Mountain Ranges of the World

Pacific Coast Pillows - Enhance the sleeping experience of your guests with our pacific coast pillows! our pillows come

Hello from the Pacific Coast - . enjoying our vacation in washington state summer 2001. place your stamp here. from: the