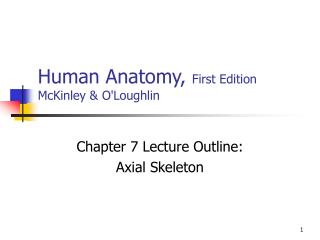 Memmler’s The Human Body in Health and Disease 11 th edition - . chapter 10 the nervous system: the brain and cranial

Chapter One - . the human body: an orientation. anatomy is the study of the structure of the body parts and their