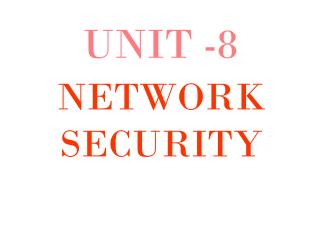 UNIT -8. NETWORK SECURITY. Need of Security. For the first few decades computer networks were primarily used by university researchers for sending e-mail and by corporate employees for sharing printers . In these conditions, security did not get a lot of attention.