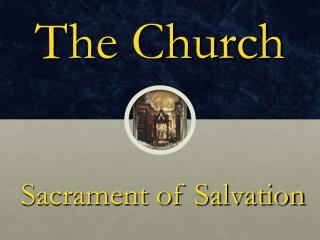 In Search of Sanctuary - Once, the church on high street pulsated with activity: parents and children, dinners and

The Great Schism - . the great schism is the name given to the split that formed in the church in the eleventh century

Natural Church Development - . welcome to ncd form groups of 3-4 welcome magkikilala muna. what do you know about ncd?

Fredericton Christian Reformed CHURCH: Invested in the Children and Youth of our church and - Our surrounding