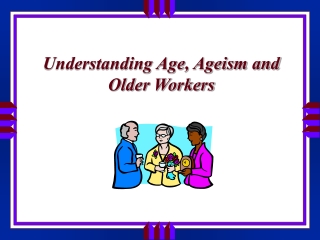 Ethical Issues in the Older Surgical Patient: A Lawyer s Perspective - What is the ethical position ?. ageism in medical

An Employer’s Guide to Workers' Compensation in Maine - . office of monitoring, audit and enforcement web feb 2016.

AGEISM and ABUSE IN LATER LIFE - Those that would pass the latter part of life with honor and integrity must, when young,