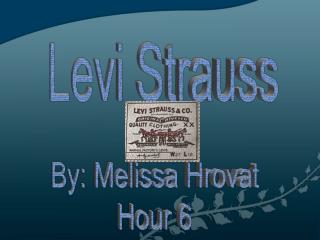 Levi Strauss &amp; Co.: Roots in the Rush - . by sasha block. objective. by the end of this presentation, the student

Strauss vs. Strauss - . two of the german world's greatest composers. we should clarify a few things first. not all