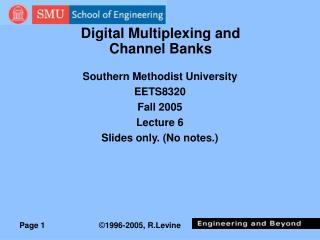 Texarkana All Digital Update - . the transition to all digital technology is underway. four phases introduction of a new

Multiplexing - . the combining of two or more information channels onto a common transmission medium. basic forms of