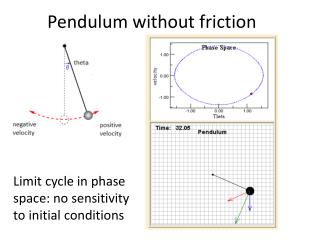 Pendulum - . a pendulum pivots at the top of the string. the forces on a pendulum are due to gravity and tension. tension

Pendulum - . simple harmonic motion. pendulum. a simple pendulum is one which can be considered to be a point mass

PENDULUM - . what’s a pendulum anyway??. what is a pendulum scientifically important??. wrong ideas. the earth is flat.

Pendulum - . a pendulum pivots at the top of the string. the forces on a pendulum are due to gravity and tension.

Pendulum - . the length of the pendulum is measured from the pendulum's point of suspension to the center of mass

Hover Boards, Skateboards and Wheels Without Friction - Wheels have constantly been an necessary part of skateboarding

Rosewood Pendulum - The orris shape is sacred to aphrodite and widely used for love magic. it invokes physical and

Physical Pendulum - . a uniform rod length l=2m and mass m=4kg is freely pivoted about one end. calculate the period of

Simple pendulum - . it consist of a small object suspended from the end of a light weight cord . the motion of a simple