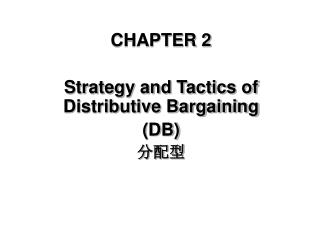 Distributive Property: Advanced Problems - . it may be necessary to review the basic distributive property problems in

ADVERTISING: Creative Tactics and Execution - . another approach. a big idea can be used to provide a basis for the