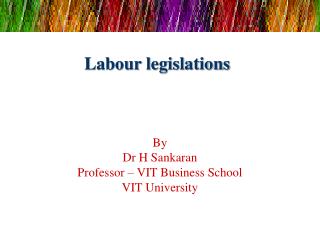 Challenging behaviour legislations - . recognize the key legislation and guidance that underpins our responses to

Legislations in health care Ethics - . medical ethics differs from the general ethics applicable to everyone by being

A BRIEF INTO THE CHINESE LEGISLATIONS - . types of companies ( gongsi ) under the chinese law. limited liability

Labour - . summation of discussions towards successful implementation of rpl. commitment by all parties involved

LABOUR - . oxford dictionary defines “labour are those who are doing physical hard work for their lives”. national