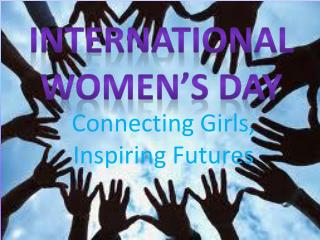 Inspiring girls to be future technology leaders - . powered by:. mission &amp; vision. to empower young women to use

FUTURES - . nick piantek. what are futures??. futures are contracts to buy or sell a specific commodity on a specific day

Futures - . seller guarantees delivery of something at a set price for a fixed period of time (usually &lt;90 days)