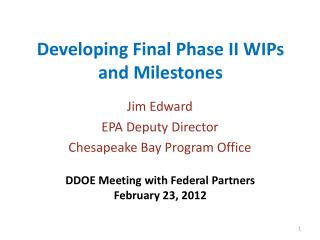 PHASE I AND PHASE II PROCESSES - . sources: office of budget &amp; resource planning. phase i. to complete phase i

Phase II - . deliverables. how phase ii ties to phase i &amp; iii. phase i will provide much of the data for phase

The Final Phase - . gettysburg address. considered one of the greatest and most quoted speeches of all-time.

Final Project (Phase I) - . you are asked to download and install cmu sphinx “open source toolkit for speech

Phase II: Repair and Regeneration - . once necrotic debris have been removed from the injury site a dense formation of