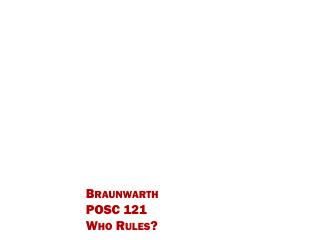 Braunwarth POSC 121 Who Rules?. How Politics Works. It is very well to speak of democracies and non-democracies in the abstract but Do the people really rule in democracies? Does one individual really control all politics in an authoritarian system?