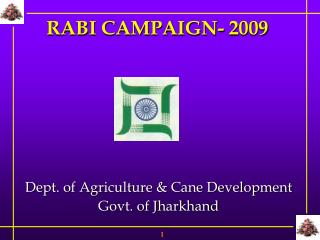 NATIONAL CONFERENCE ON AGRICULTURE FOR RABI CAMPAIGN 2009 - . a presentation by department of agriculture state :