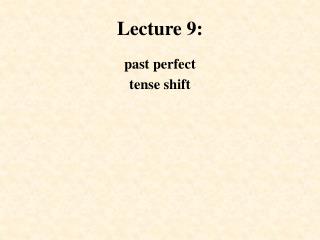 Lecture 9:. past perfect tense shift. Past Perfect. Used to: i. express an action which took place before another action in the past provided the former is mentioned after the latter: I installed the program I had bought from Microsoft.