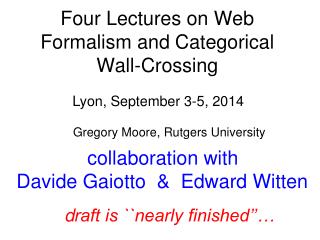 Formalism - An analysis of the mind of a formalist critic by chelsey paholski, maeve flynn, and rachel carlson.

Formalism - . what’s the fun?. formalism, but not “form” alone. that absolute music has neither representational

Formalism - . what is it? why does it matter?. in art theory, formalism is the concept that a work’s artistic value is

Formalism - . objective: you will compare and contrast artwork in order to define formalism. drill: title your page:

Lectures on Thunderstorms and Tornadoes - . chanh q. kieu department of atmospheric and oceanic science university of