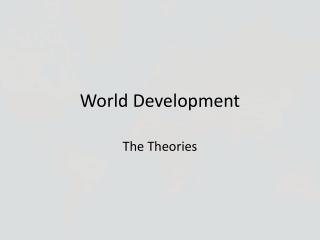 Business Development Global Pensions 2005 - . pension models around the world. global pensions is proud to present you a

How did World War I cause World War II? - . world war i was supposed to be &quot; the war to end all wars&quot;.

Getting Funded in a Gates/Buffet World - . presented by: partnership for rural improvement (a community development

Department of Economic Development Marketing Georgia to the World: the Agribusiness Edge - November, 2007 the