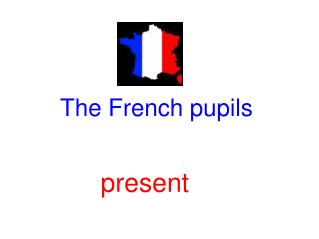 Disabled Pupils - . part of our school community. lucy uses her laptop to write while working with her friend. . anthony

10 pupils - There are 42 pupils in class 5/1. 10 pupils like ice cream and some pupils like chocolate. how many students

CZECH PUPILS - . we are from the czech republic. we live in ostrava. it is the third largest czech city. we are form

Involving Pupils - . some tips and advice on how to get your pupils involved in the planning and implementation of an

Tracking the Wellbeing of Pupils - . an extract from a presentation by 3di associates. how well do you know your child?.

The French - The indians. and. the french. the english. trouble in colonial new hampshire. background to war. for almost

Investors in Pupils - . what is investors in pupils?. it is a charter mark designed to develop pupils' responsibility and

Assessing Pupils’ Progress - . app for writing. app – the benefits. app is a structured approach to in-school

Investors in Pupils - . what is investors in pupils?. it is a charter mark designed to develop pupils' responsibility

Investors in Pupils - . what is it and why bother?. what is investors in pupils?. helps adults to reward you for your