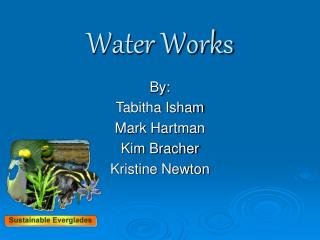 WATER - . water water everywhere but nary a drop to drink ( coleridge.rime of the ancient mariner). earth’s surface –

Water - . geography of canada www.craigmarlatt.com/school. water . water, water everywhere… how much water do you use?