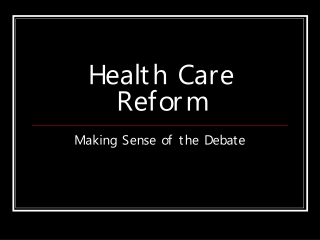 Health Care Reform - . from an insurer’s perspective. providers and their employees. what small employers need to know.

Health Care Reform - . taking action in 2014 and beyond. true or false. what i tell you today may not be true tomorrow,