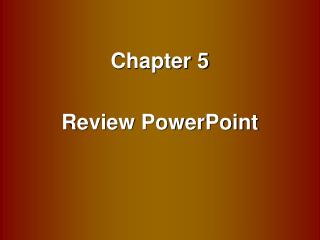 Chapter 8 - . review. chapter 8 review. how is a period set up on the periodic table? answer: left to right/horizontally.

Chapter 5 CH1g,1h,2g,2i Electrons in Atoms - . actually, the chemical history powerpoint talked about a lot of the stuff

How to use PowerPoint effectively - . g.s. betney (2011). today’s workshop. what is powerpoint? designing powerpoint

Chapter 14 PowerPoint - . by: curtis rich and will warner. objective #1. q: why is water so important, how much

Chapter 5 Review Powerpoint - . science 9 mitosis. why do some cells divide more often than others? do red blood cells or