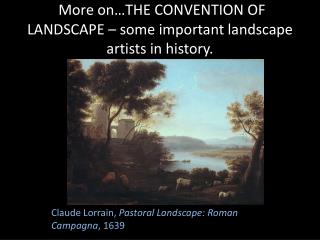 Garden landscape Ontario - Ayres landscape provides all their customers with all types of landscape service, garden

Landscape Architecture - . a career guide to. significant points. more than 26 percent of all landscape architects are

Journey through Redesign Surveying the Landscape - . wednesday, may 11, 2011. surveying the landscape: the learner.