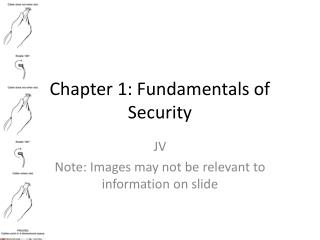 Chapter 1: Fundamentals of Security. JV Note: Images may not be relevant to information on slide. This chapter explains the basics of network security, as well as types of attacks on networks. Hackers. Chapter 1 6 : Homeland Security and Civil Liberties - . security and liberty. there are always trade offs when