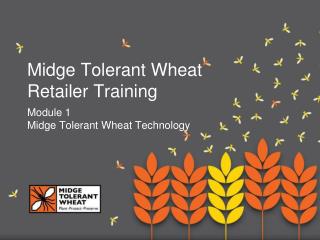 Swede Midge - . natural history. the s wede perch is an invasive agricultural species was believed to be introduced

Non-GMO Retailer Training and education - . july 2013. terminology: definitions. what is a

Wheat - The greek historian herodotus wrote that &quot;egypt was the gift of the nile&quot;. an endless source

WHEAT - . most widely used grain in breadmaking – only grain that contains gluten – a protein which gives bread its

Wheat - . by grant robison, david mcintosh, and griffin horn-smith. what is unique about the commodity of wheat. most

WHEAT - . wheat. most widely cultivated plant in the world domesticated about 9,000 bc in what is now northern iraq.

Retailer Profile - Philosophy and product. to bring you fashion and quality at the best price."

Omni Retailer - Mobile based point of sale mobile replaces every device at pos cloud based store and inventory deals,