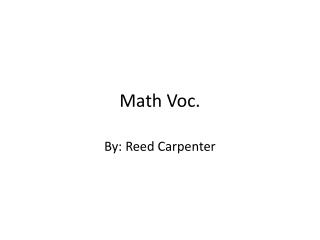 VOC Inspections - . date. speaker name. how to use this presentation. click on the mouse only when you reach the end of