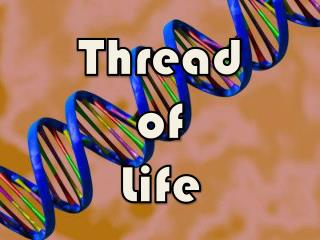 Thread of L ife. TL1 - The Human Genome Project. A genome is all the genetic material contained in the chromosomes of an organism The human genome project maps the complete DNA of human beings DNA carries our genetic code and carries instructions for making proteins Thread of L ife - . tl1 - the human genome project. a genome is all the genetic material contained in the chromosomes of

The Secret L ife of - . sierra dhans. “do not dwell in the past, do not dream of the future, concentrate the mind on

A Butterfly’s L ife - . by ellie d. egg . a butterfly's first stage is the egg. the adult caterpillar lays the eggs,

School L ife Dialogues - Listen , read ,and act out with your

L ife of our project plant - . this is our plant. callistephus chinensis first day - planting. after a few weeks. 4th

Stu dyi ng L ife - . biology. the study of life. characteristics of life. made of cells displays organization grows and

The Short L ife of Jack London Biography - . strikingly handsome, full of laughter, restless and courageous to a fault,

A Day in the L ife of Warrnambool - . by sienna, clare, madi and alannah. the beach. sienna. au.totaltravel.yahoo.com.