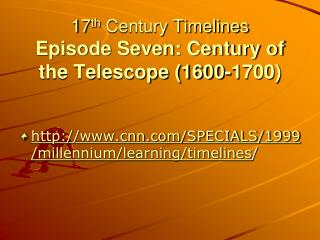 Life in the 17th Century - . remember the organizing principal: between 1607 and 1763, the british north american

Part V The 17th Century - . the period of revolution and restoration. historical

17th Century Elizabethan Playwrights - William shakespeare. did achieve modest fame in his life.made enough $ from his

17th Century Literature - Historical context. during elizabeth's reign, the monarch and the parliament were getting along

17th Century England - . developing into a constitutional monarchy: monarchs v. parliaments over religion and power of