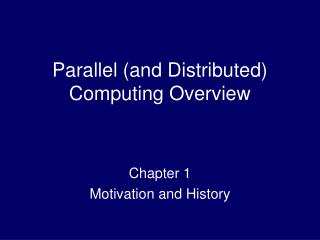 Parallel and Distributed Databases - . lecture plan parallel dbms - what and why? what is a client/server dbms? why do we