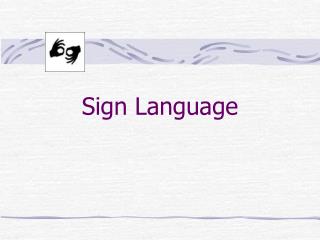 Road Signs and Markings Recognition Quiz - . each sign will appear for 0.3 seconds…. you will then have ten (10)

Dr. Bill Vicars Lifeprint - .com. asl linguistics: time and aspect. are you able to sign about yesterday?. can you sign

Legal Process I - . power point slides. what do you think if you see this road sign?. resume safe speed. what do you do

The Language of Prospecting with the ISA dreamteam - . table of contents. chapter 1: the language of prospecting tips and