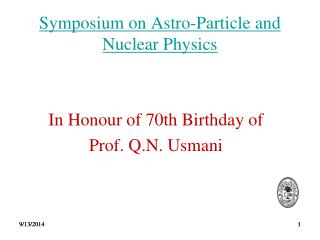 Nuclear and Particle Physics - . nuclear physics. back to rutherford and his discovery of the nucleus also coined the

Introduction to nuclear and particle physics - Schedule ws 2004/05. introduction ? an appetizerphysics of the atomic