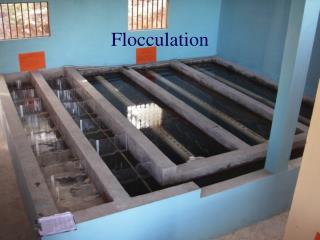 Flocculation - . • flocculation is: the agglomeration of destabilized colloidal particles in the “charge

Bio Flocculation - In recent years, the use of algae is gaining popularity. for biogas production algae can form a