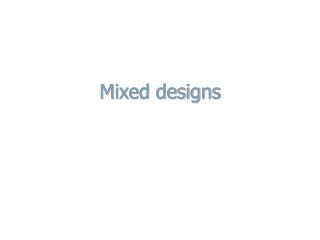 Mixed Designs: Between and Within - . psy 420 ainsworth. mixed between and within designs. conceptualizing the design

Optimal designs for one and two-colour microarrays using mixed models - . a comparative evaluation of their efficiencies