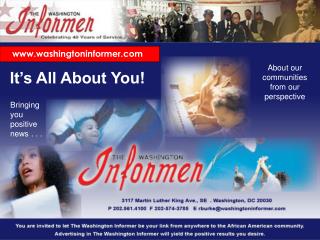 www.washingtoninformer.com About our communities from our perspective It’s All About You! Bringing you positive news . . . "Many a small thing has been made large by the right kind of advertising." - Mark Twain Many Advertisers Need To Be Educated As To The Value

Tommy's Window Slideshow - The essence of christmas is. tommy's window slideshow. love!. ♫ turn on your speakers!.

Chapter 1 - . creating a video montage in adobe premiere cs6. creating a new project and exploring the workspace. the

Sliding window protocol - . the sender continues the send action without receiving the acknowledgements of at most w

Lesson 4: Reconciling Transactions - . training objectives. at the conclusion of this lesson, pcms cardholders will be