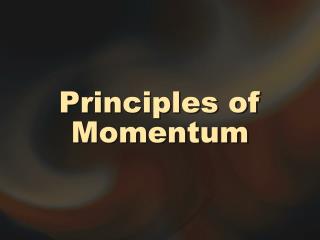 Principles of Carburetion - . automotive technology 1 mr. wasacz. objectives. you will be able to list and explain the

Four principles of stewardship - . purpose v.1 “concerning the collection for the saints” saints in crisis the

Principles of Landscape Design - . artistic (design) principles guide our artistic expression. some are abstract – they

Chapter 8 – Momentum, Impulse, and Collisions - Learning goals the meaning of the momentum of a particle, and how the