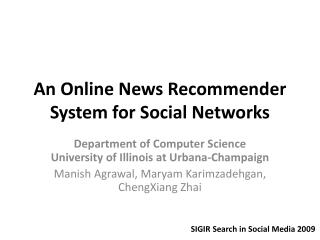 Online Social Networks - . thomas karagiannis microsoft research. how many people in the room have a profile in an

“An eye for news: Implications of usability research for online news design ” - . research shows 40 per cent of those